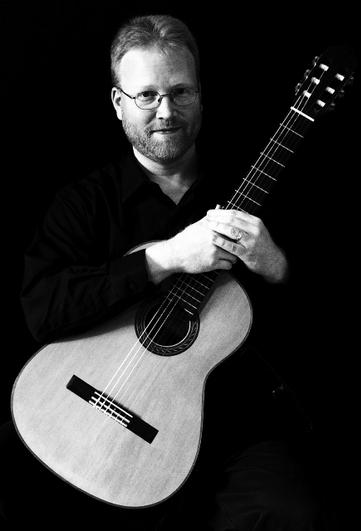 Mitch Brantley, a native of Jackson, Mississippi received his Bachelor of Music Education and Master of Music Performance Degrees from the University of Southern Mississippi where he was awarded a Graduate Teaching Fellowship. His honors include being named the first place winner in the Magnolia Guitar Society's "Great Guitarist of the Year" Competition in 1996 and first place winner of the Music Teachers National Association "Collegiate Artist Guitar" Competition in the Mississippi division in 1998.  He was the recipient of the “MCC’er of the Month” award in August 2009.  Mitch was honored with the Humanities Professor of the Year award in 2012 by Meridian Community College and the Mississippi Humanities Council.

Mitch Brantley has served as adjunct professor of guitar at the University of West Alabama.  Mr. Brantley is currently the guitar instructor at Meridian Community College where he teaches class guitar, guitar for music majors, guitar ensemble, small band, music survey, music appreciation, and music appreciation online. Mitch is the bass player and instrumental director of “The MCC Dimensions”. Some performances in recent years on guitar or bass include the Mississippi Community College Choral Festival, Jackson Choral Society, St. Paul’s Chamber Series and a Prelude Performance for the Meridian Symphony Orchestra. Mr. Brantley has performed on stage or in the orchestra pit for Meridian Little Theater, Meridian Community College’s Arts and Letters series and Lauderdale County Schools’ productions of Aida, All Shook Up, Big River, Carnival, Kiss Me Kate, Man of La Mancha and Young Frankenstein among other musicals.  Mitch is featured as an artist on the Hill Guitar Company website based in Ben Lomond, California.  He is a member of the Crossgates United Methodist Chancel Choir which was invited to perform at Carnegie Hall in New York in June 2015.